Skip to content
We are using cookies for a better user experience.
04/15/20
Neuburg a. d. Donau
Sports

Statement by Dieter Gass on the death of Stirling Moss

Links
{{ activeItem() }}
Twitter
05/25/20
Making of #RS: Take a look behind the scenes of #development and find out how @AudiSport shapes the character of th… https://t.co/tPjT3FHQuv
05/24/20
40 years of #quattro means 40 years of participating in #championship contests. Check out the highlights from the q… https://t.co/3PNWOj5zc5
05/22/20
We are committed to #biodiversity and species protection. That's why the #Audi Environmental Foundation is involved… https://t.co/X08aYm3fcb
05/22/20
Natural habitats at #Audi locations: As a member of the Biodiversity in Good Company initiative, we have implemente… https://t.co/EatG6m2ArI
Audi on Twitter
05/25/20
Who’s going to join our six @DTM factory drivers on the grid for the seventh #RaceHome round? Our drivers have made… https://t.co/sCjZQW07lD
05/25/20
Relive the action with the Audi e-tron Vision Gran Turismo on the @nuerburgring with our 6 @DTM factory drivers in… https://t.co/AiUk4wWNS5
05/24/20
MEDIACENTER: Third successive #RaceHome victory for Nico Müller &gt;&gt; https://t.co/yeVWTFZi2o #RaceHome… https://t.co/kQdrazwu1P
05/24/20
Twice on the podium: Audi Sport driver @KelvinvdLinde celebrates his first victory and a runner-up finish in today'… https://t.co/K2KC8FLiNG
Audi Sport on Twitter
{{ activeItem() }}
Facebook
05/25/20
Relive the action with the Audi e-tron Vision Gran Turismo on the Nürburgring Nordschleife with our six DTM factory drivers in our latest #RaceHome highlights and broadcast: >> bit.ly/2ZEXi9P #RaceHome #AudiTogether #etron #StayHome #PerformanceIsAnAttitude #RaceAtHome
05/24/20
Welcome to the Green Hell with the Audi e-tron Vision Gran Turismo. See our six DTM factory drivers competing in this special extra #RaceHome round. #RaceHome #AudiTogether #etron #StayHome #PerformanceIsAnAttitude #RaceAtHome
05/22/20
25.378 hours of Nürburgring content in the #DABEI broadcast this weekend, the original date for the 2020 ADAC TOTAL 24h-Rennen Nürburgring. It includes segments with many of our drivers and an extra #RaceHome round on the Nordschleife. Don't miss the viewing action, beginning at 14:30 CEST on Saturday, May 23. >> www.dabei-tv.de >> www.magentatv.de >> www.sporttotal.de #RaceHome #AudiTogether #etron #StayHome #PerformanceIsAnAttitude #RaceAtHome
05/21/20
Audi Sport line-up 2020. >> audi.com/FormulaE >> audi.com/DTM >> audi.com/GT3 >> audi.com/GT2 >> audi.com/GT4 >> audi.com/TCR #PerformanceIsAnAttitude
Audi Sport on Facebook 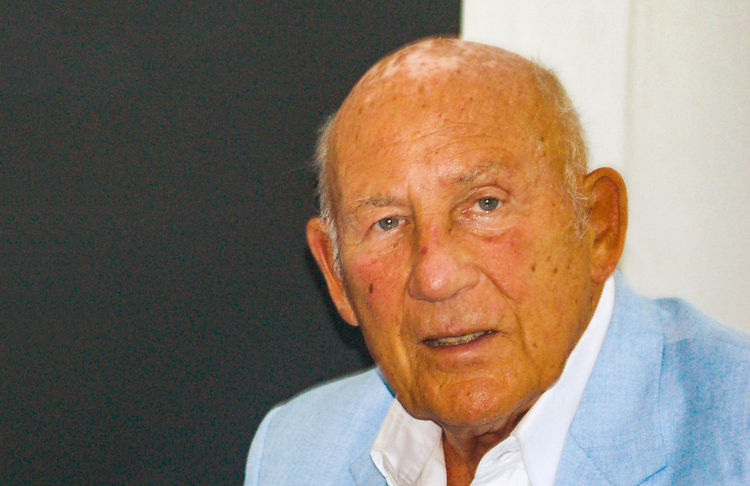 The British motor racing legend Sir Stirling Moss died on Easter Sunday at the age of 90. After many successes at the highest international level the Briton ended his career in 1962 after an accident but made a comeback in touring car racing with Audi in 1980. "With his personality and his outstanding exploits in Formula 1 and sports cars, Stirling Moss shaped a golden era of motorsport in the post-war period," says Dieter Gass, Head of Audi Motorsport. "At his comeback in 1980 Stirling Moss drove an Audi 80 of Richard Lloyd's private team in the British Touring Car Championship BTCC. While Audi Sport concentrated on rallying at that time, he simultaneously helped our brand gain a clear profile in British circuit racing. Stirling Moss will always be remembered as an exemplary racer, a striking character and a great ambassador of motorsport".