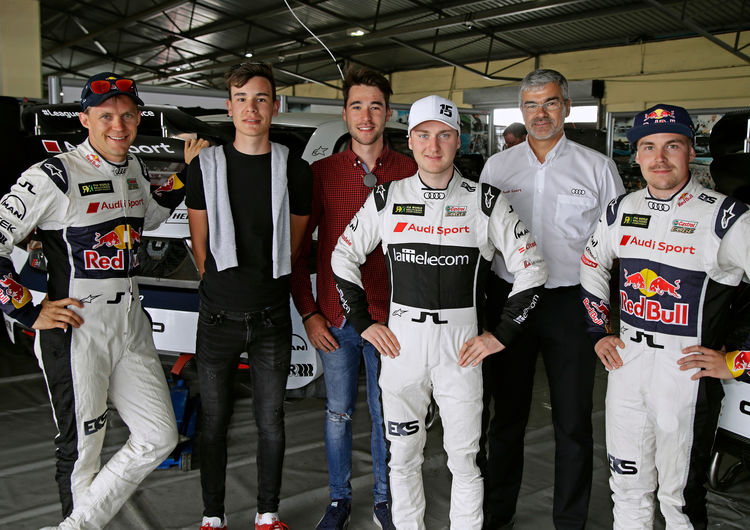 Brothers Kelvin and Sheldon van der Linde paid a visit to Audi and EKS during the World Rallycross Championship season finale in Cape Town. The two South Africans from Johannesburg are currently stationed in the metropolis not far from the Cape of Good Hope for a training week and used a break to drop in to see Mattias Ekström and his team. At the Killarney International Raceway the two brothers cheered on the EKS drivers in their powerful 560 hp Audi S1 EKS RX quattro. Kelvin van der Linde, who won the 24 Hours Nürburgring this year alongside Christopher Mies, Connor De Phillippi and Markus Winkelhock, will visit together with Mattias Ekström an Audi South Africa event at which the Audi RS 5 is officially unveiled.