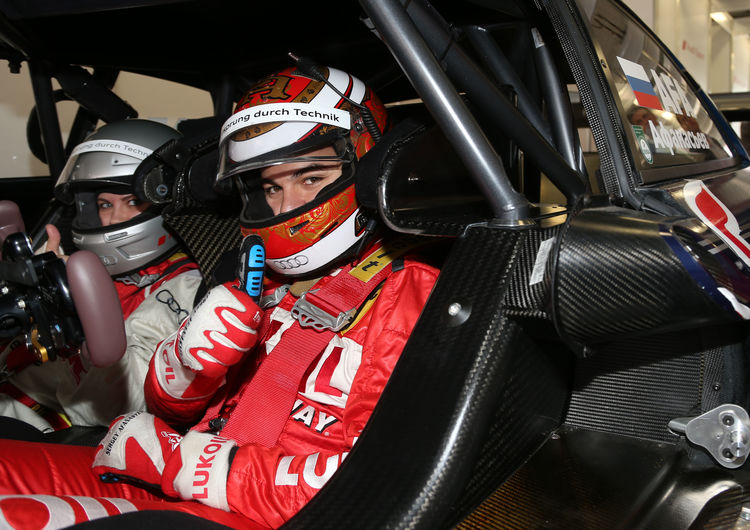 After Roman Rusinov had driven the Audi RS 5 DTM race taxi at Moscow Raceway last year, another local hero performed these driving duties this time. Sergei Afanasiev (27) from Moscow, who is competing in the 2015 TCR touring car series, chauffeured guests of Audi’s around the 3.931-kilometer circuit. Audi’s guests at the DTM’s round in Russia included Nikita Misyulya. The Russian junior driver contests the Audi Sport TT Cup.