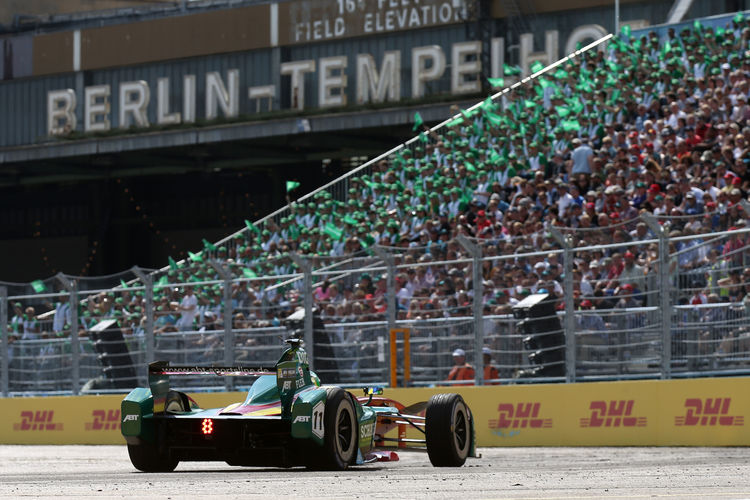 Great start for the ABT Schaeffler Audi Sport squad at the home race in Berlin. Lucas di Grassi made up 21 points on championship leader Sébastien Buemi after finishing second in Saturday’s race, while team-mate Daniel Abt scored eight points for sixth place. After clinching pole position an even better result was possible for di Grassi, however the Brazilian was slowed by temperature issues and lost his commanding lead in the seventh of twelve races this season. “The battery was about to overheat. I couldn’t attack. A fantastic day despite this,” summarized the 32-year old Brazilian, who enters the final five races second in the overall standings with a deficit of 22 points. There was also reason to celebrate behind the scenes. During the course of the home event, the Chief Development Officers Peter Mertens (Audi) and Peter Gutzmer (Schaeffler) sealed a three-year technical partnership for the Formula E program. Things continue apace tomorrow with the eighth race of the season around the airport grounds in Tempelhof.