Rows four and six for Audi on Daytona grid 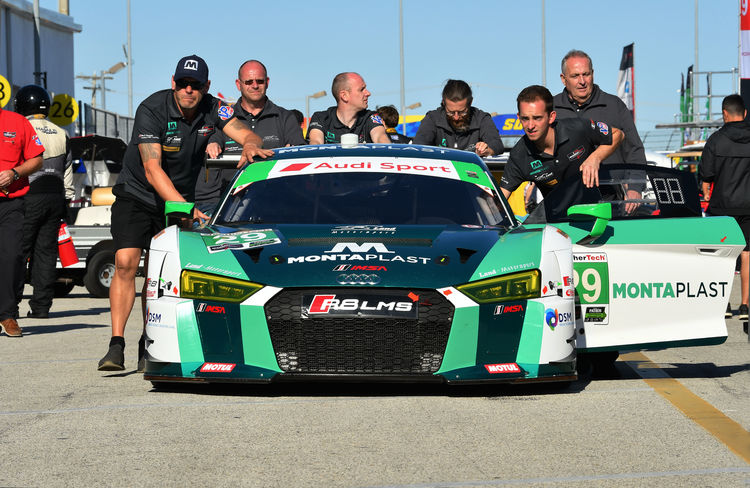 The Audi teams qualified for fourth and sixth rows respectively on the GTD grid for the opening round of the IMSA WeatherTech SportsCar Championship. The best Audi team at Daytona was Team Montaplast by Land-Motorsport. Sheldon van der Linde managed to set the eighth time in qualifying, lapping the circuit in 1m47.273s in the Audi R8 LMS. „I had a clean lap“, said the South African. „Our team has found a good set-up. A better time simply was not been possible today.“ Team Magnus Racing achieved a similar lap time just two tenths slower. „We matched our time from the test two weeks ago by one hundredth of a second“, said race driver Andy Lally who finished eleventh after a lap of 1m47.442s. „It will be about getting through strategically smart and clean for 24 hours.“ The 56th edition of the North American endurance classic will kick off in Florida at 2.40 p.m. on Saturday local time in Florida.