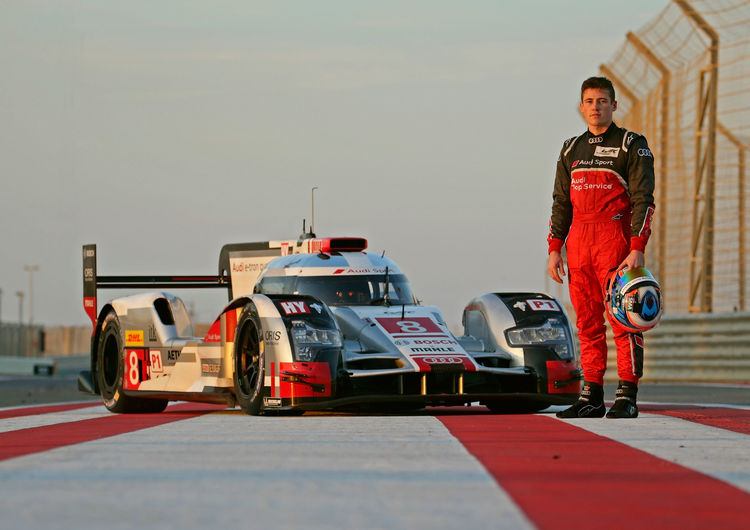 Audi R18 e-tron quattro #8 (Audi Sport Team Joest), Richie Stanaway
Following the finale of the FIA World Endurance Championship (WEC), Richie Stanaway participated in the rookie test initiated by the FIA WEC. The New Zealander was allowed to drive the Audi R18 e-tron quattro in Bahrain on Sunday. “An awesome opportunity that was incredible fun for me,” beamed the up-and-coming driver, who started out in single-seater racing and is now driving a GT sports car in the FIA WEC: “A huge thank you to Audi and to the FIA WEC for this wonderful chance.” Stanaway completed 63 laps at Bahrain International Circuit. Justin Taylor, who is normally responsible for Audi drivers Lucas di Grassi/Loïc Duval/Oliver Jarvis, was assigned as the New Zealander’s engineer in the test. Audi driver Benoît Tréluyer, who had instructed Stanaway in operating the LMP1 race car and had previously been on hand during the seat fitting in Neuburg, supported the test on Sunday as well.
Facebook
Twitter
LinkedIn
WhatsApp
Back to top