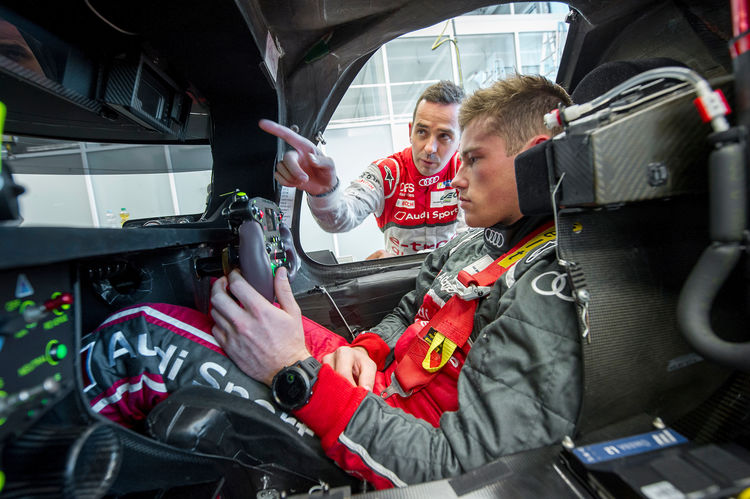 Richie Stanaway can hardly wait: Twelve days before his rookie test on the WEC weekend in Bahrain, the race driver from New Zealand visited Audi Sport in Neuburg. Among other things, his thorough preparations included an individual seat fitting and orientation on how to operate the car. An FIA World Endurance Championship (WEC) promotion program is making the test with Audi a day after the WEC season finale in Bahrain possible for the 23-year-old up-and-coming driver. “Now I’ve gotten to know the Audi R18 e-tron quattro for the first time in Neuburg, plus I’ve developed a feel for what to expect and how to prepare,” said Stanaway. Audi driver Benoît Tréluyer accompanied the New Zealander and assisted him with advice.