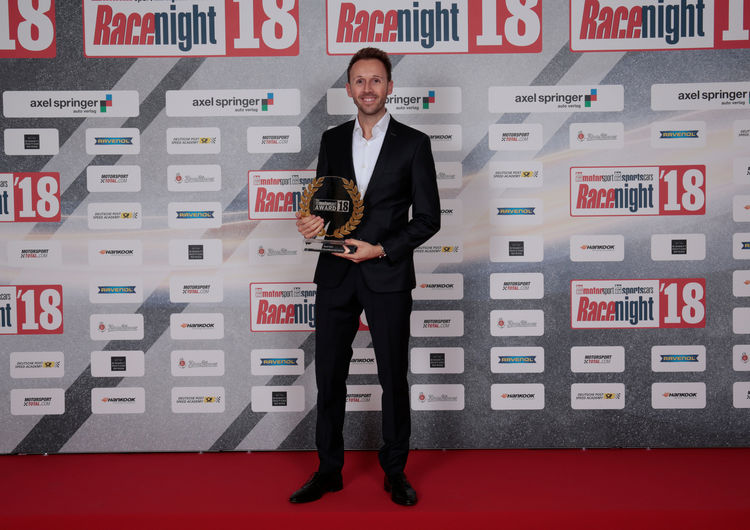 Great honor for René Rast: The Audi factory driver was voted “German racing driver of the Year 2018“ by the readers of special interest magazine AUTO BILD MOTORSPORT. Rast accepted the prestigious trophy on Friday evening during the AUTOBILD MOTRSPORT Race Night at the Essen Motor Show. “This award makes me very proud,” said Rast. “This year was incredible. After the difficult start of the season, I never expected to win six races in a row and finish as runner-up. Now I can’t wait to get the 2019 season started. The new turbo DTM cars are just a mega.”

The Audi Sport ABT Schaeffler team was also honored in Essen having secured the team title in the electric racing series Formula E after a fascinating fight-back. Representatives from the team including Head of Audi Motorsport Dieter Gass, Hans-Jürgen Abt, Daniel Abt and Prof. Dr.-Ing. Peter Gutzmer from Audi partner Schaeffler where handed the “Electric Award” by the magazine. The new Formula E season starts in just two weeks (December 15).