Skip to content
We are using cookies for a better user experience.
04/06/19
Neuburg a. d. Donau
Sports 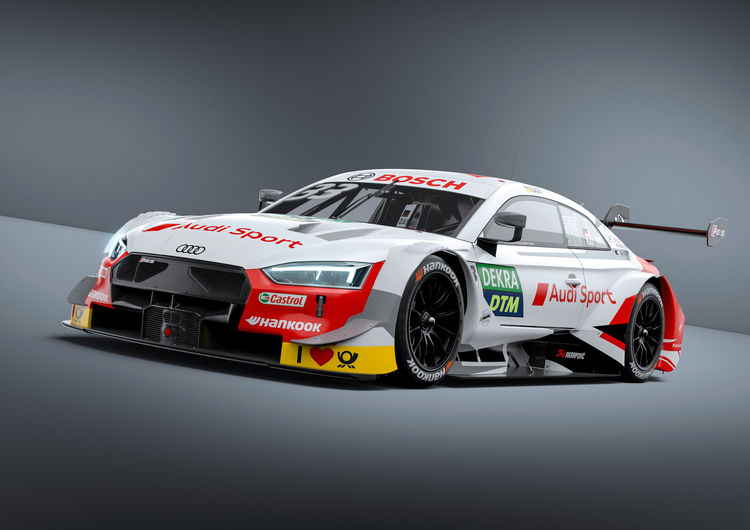 A new outfit for René Rast: The 2017 DTM Champion is driving a white Audi Sport RS 5 DTM in Audi Sport Team Rosberg this year. Audi Sport has stood for the successful motorsport commitment of AUDI AG for nearly 40 years. Based in Ingolstadt, Audi Sport also sells the sportiest Audi models and accessories under the Audi Sport label.

“The new livery looks great. I feel that it’s very sporty and has an additional recognition effect due to the red rear,” says Rast, who last year in his then red Audi Sport RS 5 DTM won six consecutive races, setting a new DTM record in the process.

In 2019, Rast again intends to show nothing but the red rear of his RS 5 DTM to his rivals: “My clear aim is to stand on the top step of the podium again several times and to finish the year as champion.” He’s looking forward to the new season with eager anticipation: “With the new engine and Aston Martin as a new manufacturer we’re all breaking new ground. Nobody really knows what’s going to happen. These are exciting times for the DTM.”

Just like his colleagues, he’s sold on the new Audi RS 5 DTM with the more than 610-horsepower two-liter four-cylinder turbo engine after the pre-season tests: “As a race driver you always welcome more power. When you step on the gas pedal and the turbocharger kicks in you have a broad grin on your face. The DTM is faster than ever before.”