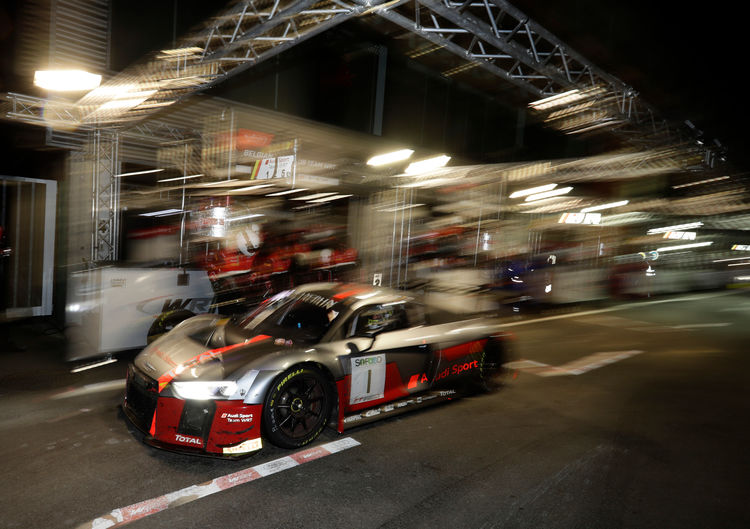 Audi Sport Team WRT used a caution period in the twelfth hour of the race to do the mandatory 5-minute pit stop with cars numbers 1 and 2. A rain shower urged the teams to change to grooved tires temporarily, before slicks were the better choice again. As a consequence, the number 2 Audi R8 LMS driven by Connor De Phillippi dropped from second to tenth place. René Rast in the sister car (number 1), who had held third place, was classified eighth halfway through the race. The second-best Audi in the field was Kelvin van der Linde. The South African held ninth position for Audi Sport Team I.S.R. Christopher Haase from Audi Sport Team Saintéloc was 14th, Marcel Fässler from Audi Sport Team WRT was 20th.

The third-best team in the Am class is Saintéloc Racing. Fred Bouvy in the number 26 Audi was 31st overall. Team WRT was faced with a retirement. Jon Venter crashed out in the number 3 Audi R8 LMS at the end of the eleventh hour.