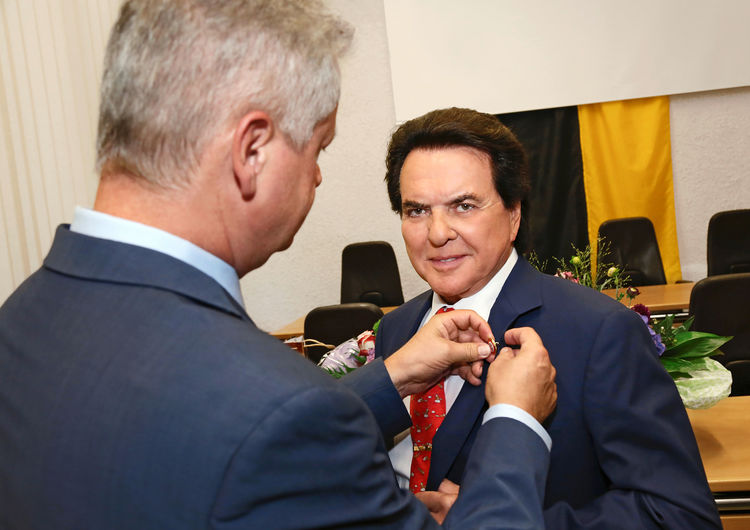 Reinhold Joest, the founder of Audi Sport Team Joest, has received an award. County Commissioner Matthias Wilkes presented the businessman and former race driver with the Golden Pin of Honor of the Bergstraße County for his achievements and commitment to his native Odenwald region. “Reinhold Joest is both rooted in his native soil and active on a world-class level,” the county commissioner said in justifying the award. With his team based in Wald-Michelbach, Reinhold Joest has won the Le Mans 24 Hours an amazing 15 times, including eleven victories with Audi. In addition, the squad from Germany’s Odenwald region has achieved success on numerous other occasions in international racing. Reinhold Joest is an ambassador of the Bergstraße County as well.