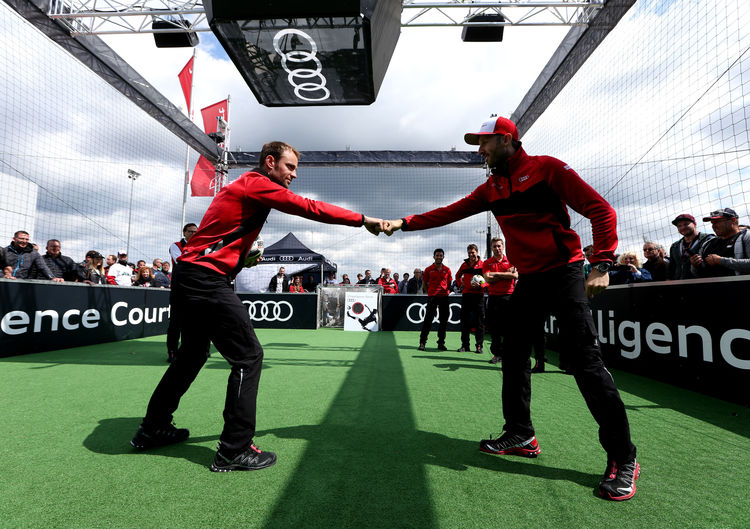 Football World Cup fever also at the Norisring: to start the DTM weekend, reigning DTM Champion René Rast and Jamie Green from Audi Sport Team Rosberg beat their stablemates Loïc Duval/Mike Rockenfeller and Robin Frijns/Nico Müller in the ‘Audi Soccer Challenge’. Rast surprised himself to sink the only ball through the goal wall. Duval/Rockenfeller won the free kick shoot-off over a wall made of tires from the Audi RS 5 DTM. Decisive at the end was that Green and Rast together kept the ball in the air the longest in ‘Keepy Uppy’.