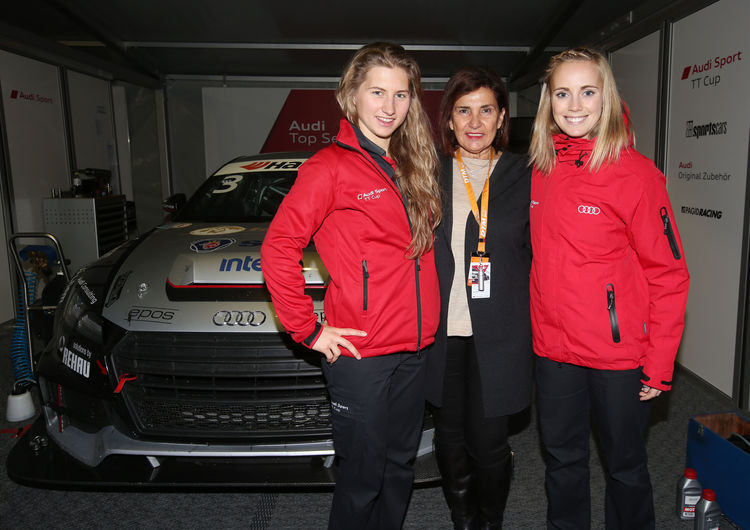 Gosia Rdest (PL), Michèle Mouton (F), Mikaela Åhlin-Kottulinsky (S)
At the season finale of the Audi Sport TT Cup, one star from the rally scene followed right after the other. Michèle Mouton, the 1982 World Championship runner-up in the Audi quattro, in her role as President of the FIA Women in Motorsport Commission, visited the two female TT Cup drivers Mikaela Åhlin-Kottulinsky and Gosia Rdest. In addition to the 1984 World Rally Champion Stig Blomqvist, the three-time World Rally Champion Sébastien Ogier swung by the Audi Sport TT Cup paddock. The brand-new Champion in VW’s employ was obviously impressed by the 310-hp Cup race cars and provided some of the guest drivers with valuable tips for their runs in the Audi one-make cup.
Facebook
Twitter
LinkedIn
WhatsApp
Back to top