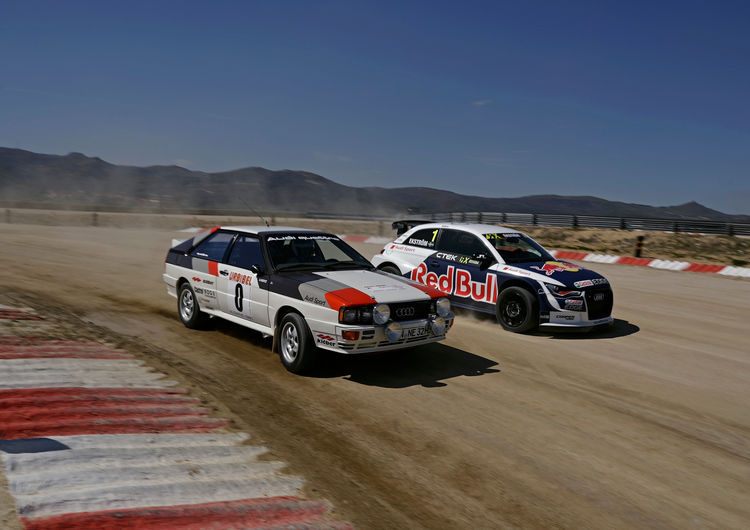 In the run up to the second round of the FIA World Rallycross Championship in Montalegre a close encounter of the special kind took place. Audi’s first ever rally car the Audi quattro R-6 visited Mattias Ekström and his Audi S1 EKS RX quattro. That this meeting should actually occur in Portugal had good reason. In 1980, Hannu Mikkola drove the original quattro as course car in the Rallye Urbibel on the Portuguese Algarve and completed 24 of the 30 special stages in the best time. If the team had started in the general classification they would have won the rally by almost 30 minutes ahead of the second placed competitor. This coming weekend in Montalegre, Ekström fights at the wheel of his powerful 560 hp Audi S1 EKS RX quattro for the next victory in the World Rallycross Championship, in which the defending World Champion currently leads the drivers’ classification again this year.