Skip to content
We are using cookies for a better user experience.
05/13/18
Nürburg/Neuburg a. d. Donau
Sports

Rain halfway through the race 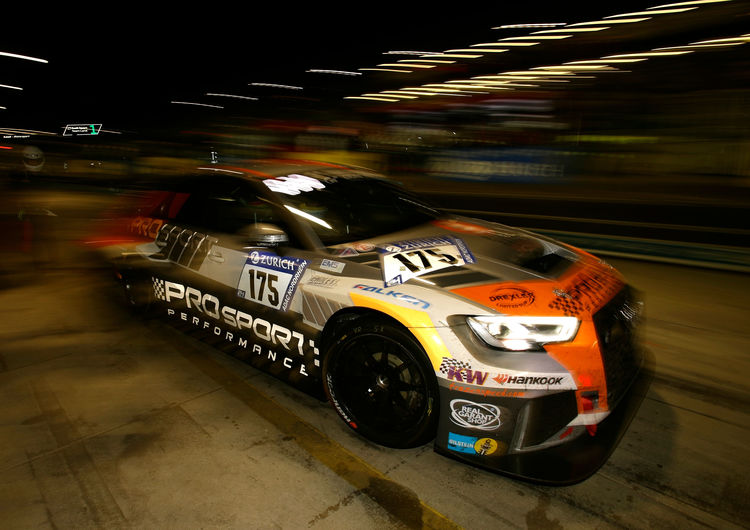 In addition to the limited vision at night, the teams had to cope with constant rain since the eleventh hour of the Nürburgring 24 Hours. Halfway through the race, Audi Sport Team Phoenix was the best-placed Audi outfit with Christopher Haase/Nico Müller/Frank Stippler/Frédéric Vervisch in fifth position. Right behind was Audi Sport Team Land with Kelvin van der Linde/Sheldon van der Linde/Christopher Mies/René Rast. In the SP 8 class, Team Phoenix Racing suffered a setback when the leading Audi R8 LMS GT4 suffered a technical failure. In the TCR class though, Prosport-Performance GmbH held a lead of 1m 50s. The three Germans Christoph Breuer, Jürgen Nett and Markus Oestreich share the cockpit of the Audi RS 3 LMS with Norwegian Kenneth Østvold.