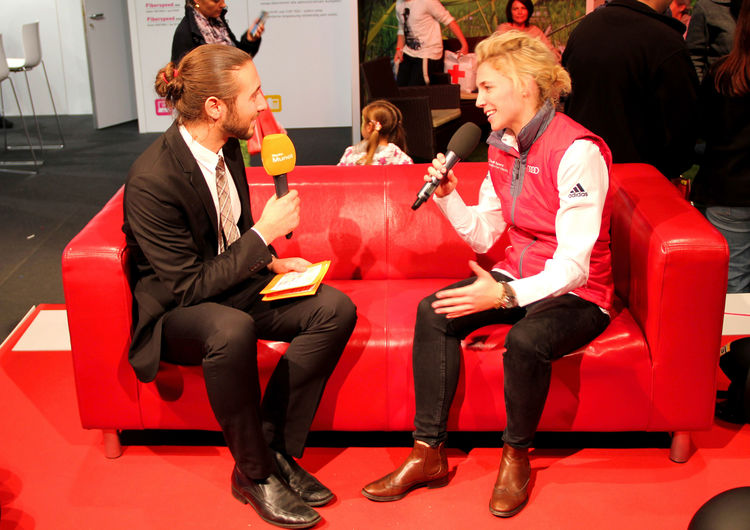 Audi driver Rahel Frey visited the ‘Schaffhauser Herbstmesse.’ At the consumer show in the Swiss town of Schaffhausen, the 29-year-old professional race driver was a guest at the booth of Radio Munot. In an interview, she talked about her season in the Audi R8 LMS, victory in the ADAC GT Masters finale and the upcoming racing event at Shanghai. In fifth place of the standings, the Swiss will be contesting the two final rounds of the season in the Audi R8 LMS Cup in China on the last October weekend.