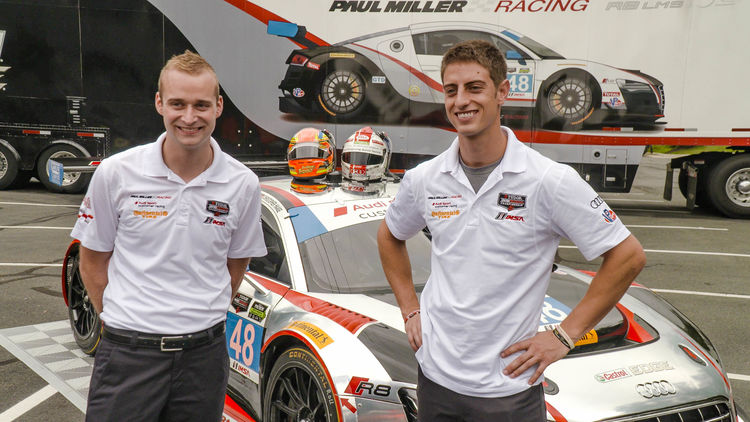 The racing drivers representing Audi customer teams visited the Audi of America headquarters in Herndon on the way to their next events. Racing drivers Christopher Haase and Dion von Moltke, currently second in the GTD classification standings of the Tudor United SportsCar Championship, travelled with Paul Miller Racing to Virginia. In addition to their Audi R8 LMS machines, there was also an R8 LMS from team C360R at the headquarters. The Audi of America employees could also admire exhibits from Audi’s motorsport history, including the Audi R8 and Audi R10 TDI LMP racecars. Moderator John Hindhaugh hosted proceedings in the presence of IMSA President Scott Atherton, President of Audi of America Scott Keogh, as well as key personnel responsible for the motorsport program Tristan Herbert, Andy Sattler and Brad Kettler.