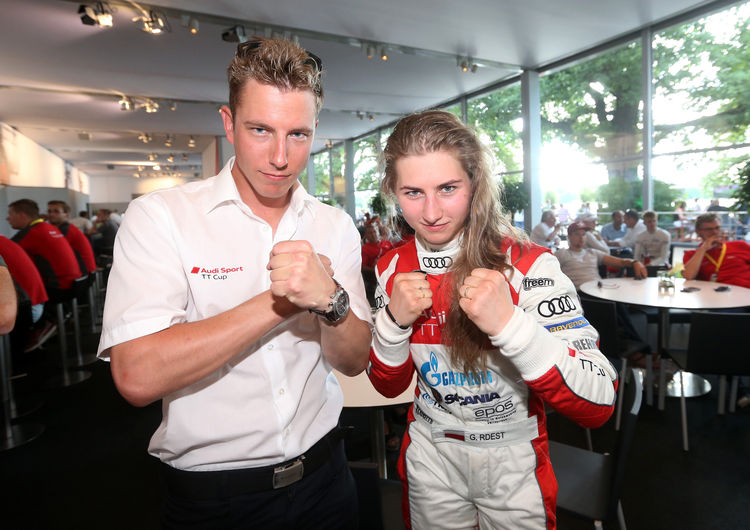 One round of 16 match in the UEFA EURO 2016 had special significance for the drivers from the Audi Sport TT Cup. The Pole Gosia Rdest and the Swiss Yves Meyer jointly watched the duel of their countries on television. Following victory of the Polish team on penalties Rdest was delighted. “I’ve been watching the European Championship with great interest and am very happy about victory for Poland,” said Rdest for whom the day thus ended on a positive note. In race one of the Audi Sport TT Cup at the Norisring, the 23-year-old was forced to retire after an accident in which she was not at fault.