Promising performance by EKS Audi Sport on day one in Portugal 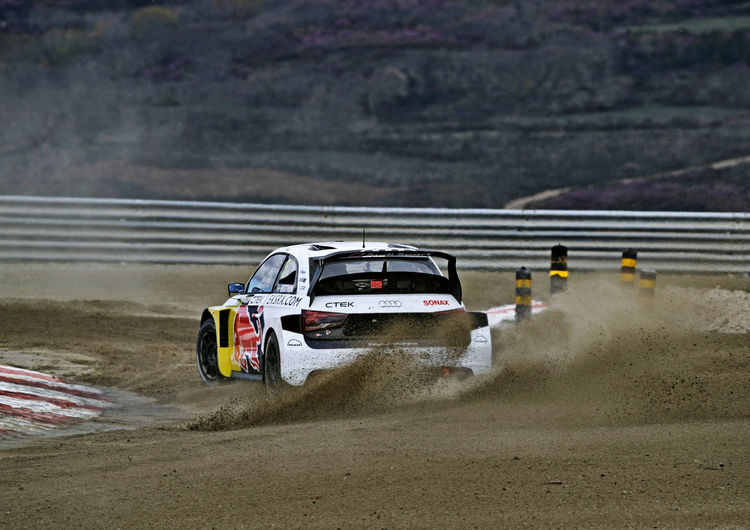 As in the FIA World Rallycross Championship (World RX) season opener at Barcelona the two Audi drivers experienced a good day again in round two in Portugal. Following the first two of the total of four qualifying sessions, Mattias Ekström is ranked in third position overall, trailed by his teammate, Andreas Bakkerud, who in position five is within striking distance of the front runners. At rather cool temperatures, Ekström decided his run in his favor in the first qualifying session. “Unfortunately, I made a mistake on the last lap which cost me first place in the overall Q1 classification,” said the team principal and 2016 World Champion. On the track at Montalegre which kept getting faster and faster as the day went on, Ekström in Q2, in second place of this session, set the third-fastest time in total. His teammate Bakkerud at the wheel of the 580-hp Audi S1 EKS RX quattro posted the fifth-best time in both Q1 and Q2. “With a better start in Q1 and better luck with the grid positions awarded for Q2 I could have done even better today because the Audi is running perfectly,” the Norwegian reported. In view of their good starting positions, the Audi duo is looking forward to tomorrow as the crucial day. Mattias Ekström: “The times in free practice and the first two qualifying sessions are very close together, so tomorrow promises to become a very exciting day. It’s a shame that today we didn’t clinch positions at the very front, but better third today and first tomorrow than vice versa.”