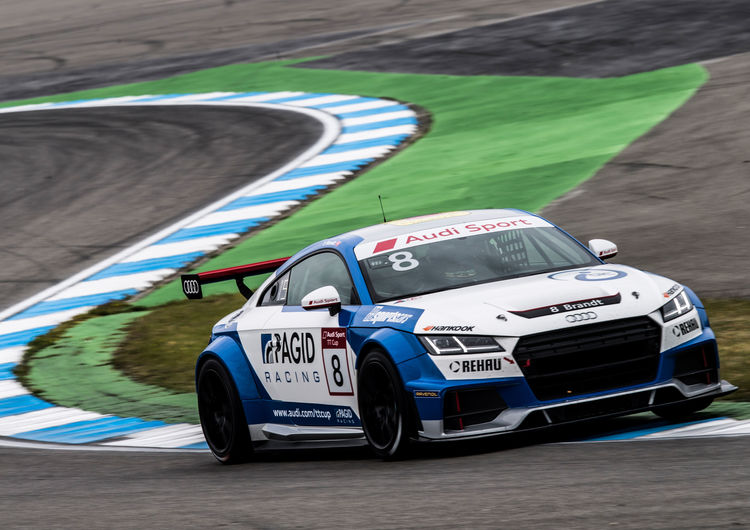 The first two starting grids in the 2017 Audi Sport TT Cup have been determined: Swiss Yannik Brandt clinched the best starting position for the first race. He will share row one with Philip Ellis from Great Britain who trailed him by just 0.158 seconds. Gosia Rdest from Poland and Dutchman Milan Dontje will start from the second row. Those two drivers will be in the front row for Sunday’s second race: Milan Dontje set the fastest lap with Gosia Rdest just 19 thousandths behind. Yannik Brandt and Philip Ellis will start from the second row.