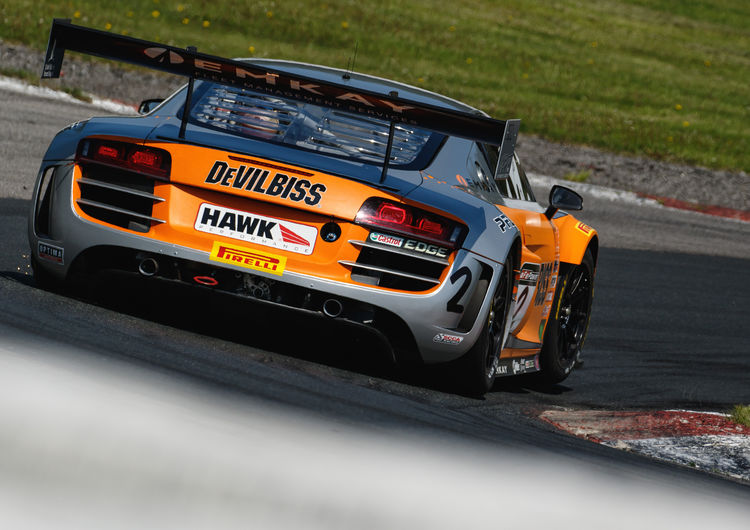 CRP Racing celebrated its first podium result of the 2016 Pirelli World Challenge season at Canadian Tire Motorsport Park. Kyle Marcelli was behind the wheel of the team’s Audi R8 LMS ultra and finished third in the final results of the second race. M1GT Racing also enjoyed podium success in the SprintX races, the first event of this new class within the Pirelli World Challenge. The team finished second and third respectively in the two races with drivers Dion von Moltke and David Ostella in an Audi R8 LMS ultra.