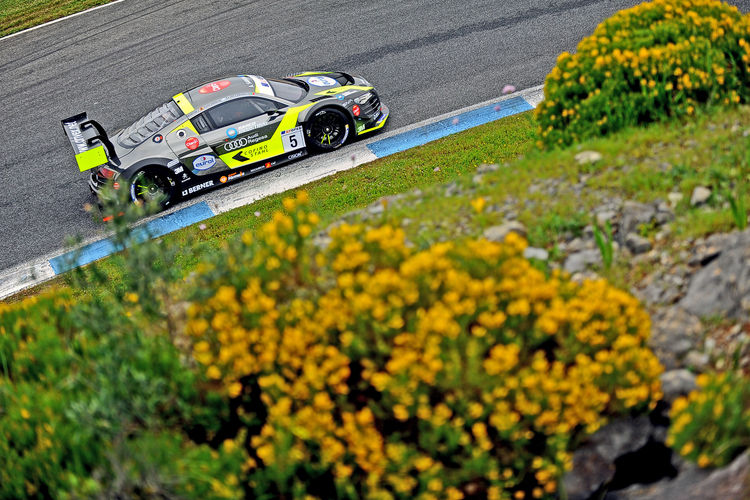 Good performance in the International GT Open season opener: at the race in Estoril, Portugal, local matador César Campaniço and his Spanish team mate Andrés Saravia took second place in the second race. Saravia started the second race from seventh on the grid in the Audi R8 LMS ultra entered by the Drivex School team. The Audi customer team made up several places thanks to a cleverly timed driver change. After starting the last lap in fourth place, Campaniço still managed to claim a position on the podium.