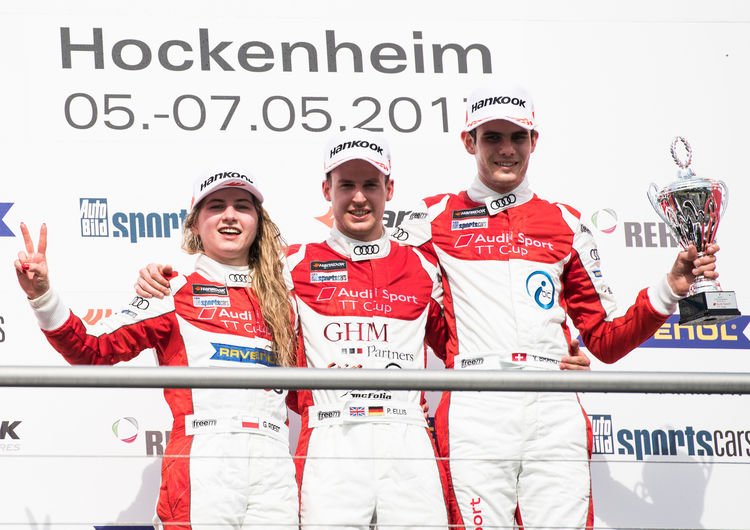 In a spectacular season opener of the Audi Sport TT Cup at the Hockenheimring, Philip Ellis took his first victory in an Audi. The Briton is contesting his second season in the Audi one-make cup and won 1.8 seconds ahead of Gosia Rdest. The Pole, who started from third on the grid, wrote history with her performance: until now, third place was the best result for a female driver in the cup. In the initial phase of the race, she fought a heated duel with Ellis, even taking the lead from the eventual winner. The best rookie in the field was Yannik Brandt. The 16-year-old Swiss started from first place but lost the lead in the seventh lap, reaching the finish line in third place.