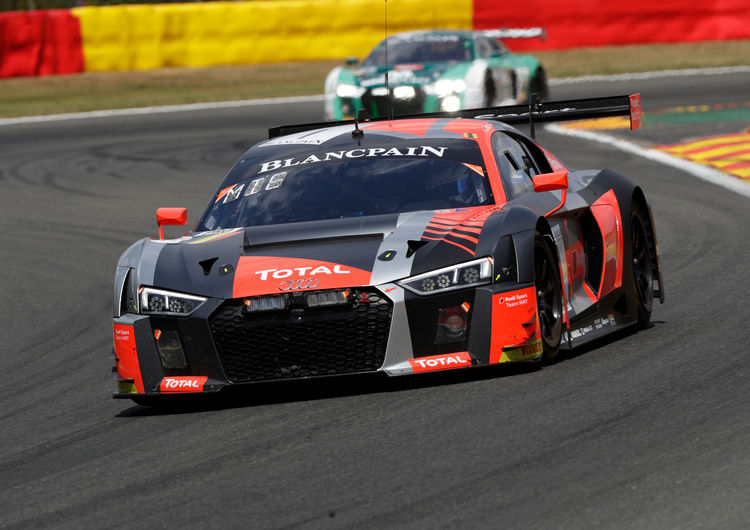 The no. 1 Audi R8 LMS from Audi Sport Team WRT set the best time in super pole for the 2018 Spa 24 Hours. During the technical scrutineering, the stewards discovered tape, used for fastening, in the air intake system. This has been deemed as a breach of Article 7 according to the Blancpain GT Series 2018 Sporting Regulations and Article 12.1 of the 2018 FIA International Sporting Code. As a consequence, the super pole qualifying times of Audi Sport driver Dries Vanthoor have been omitted and the car has received a three-minute stop-and-go penalty for the race. “We are very sorry about what has happened to overshadow the great performance from Dries Vanthoor and his teammates Christopher Mies and Alex Riberas,” says Chris Reinke, Head of Audi Sport customer racing. “We respect the penalty and apologise for the situation. It has never been our intention to influence the race car’s performance. Together, we are now even more motivated to get the car back to the front.” The best Audi on the grid will be the no. 2 Audi R8 LMS in second position, driven by Robin Frijns, Nico Müller and René Rast. The car from Montaplast by Land-Motorsport will follow in fourth position, while last year’s race winners Audi Sport Team Saintéloc will start the race from sixth.