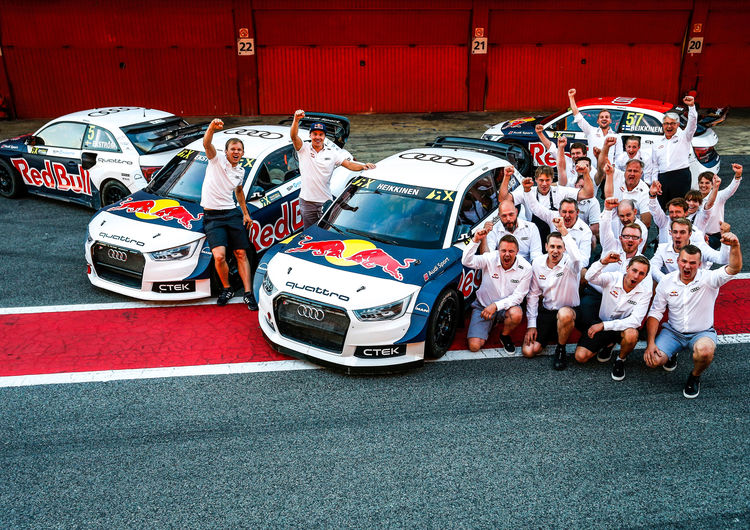 Mattias Ekström made an impressive comeback in the FIA World Rallycross Championship. After the Swede had forfeited his chances of victory in the past two rounds of the semi-final due to punctures, he achieved his fourth victory this season with his Team EKS at the Circuit de Barcelona-Catalunya. At the same time, the Audi driver recaptured the lead in the drivers’ world championship. After nine of twelve rounds, Ekström ranks ten points in front of the reigning world champion Petter Solberg. In the teams’ classification, EKS now has a 21-point advantage over Team Peugeot Hansen in second place. Round ten of the World Rallycross Championship will be held at Riga on October 1 and 2. Audi Sport invited Audi guests and members of the media from around the world to a special event as part of the FIA World Rallycross Championship. The visitors not only witnessed the victory clinched by Mattias Ekström and his rallycross team EKS at close range, but also test drove the Audi R8. In addition, they had the opportunity to sit in the passenger seats of the Swede and his teammate Toomas Heikkinen and experience a lap in the 560-hp Audi S1 EKS RX quattro.