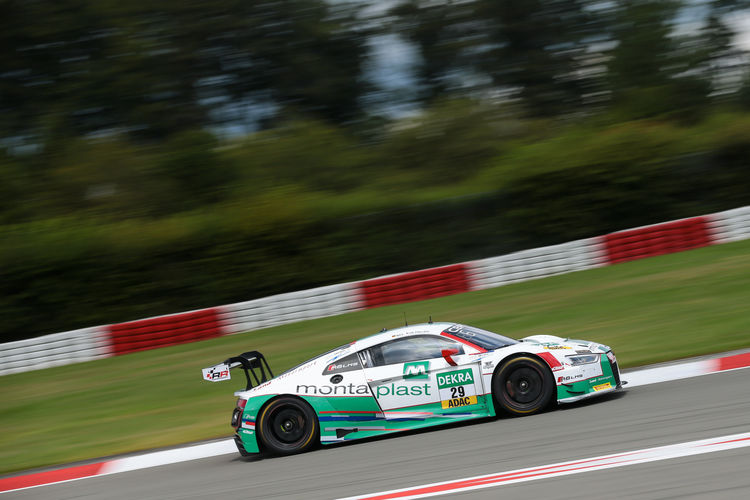 In the fifth round of the ADAC GT Masters season at the Nürburgring, the Audi R8 LMS claimed its first victory of the season. The race on Sunday was won by Christopher Mies and Connor De Phillippi from the Montaplast by Land-Motorsport team. Thanks to their first victory of the season, Mies/De Phillippi reduced the deficit to the championship leader to 14 points. Second place went to kfzteile24 – APR Motorsport with drivers Laurens Vanthoor and Florian Stoll.