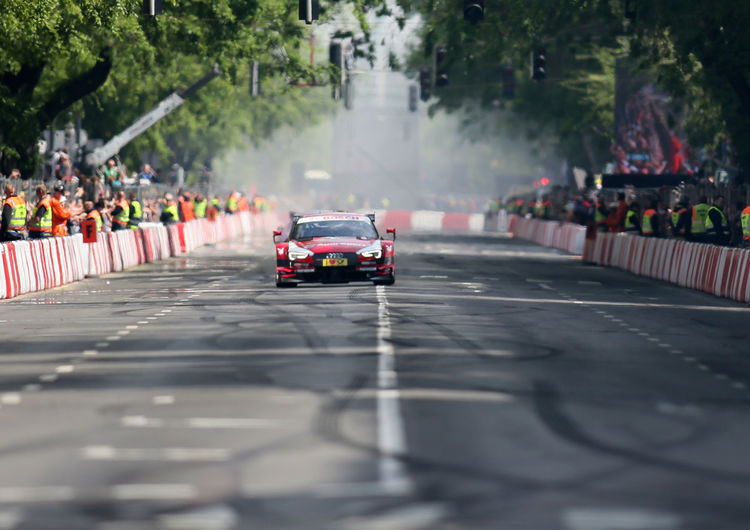 On the Monday before the DTM season opener, Audi driver Nico Müller joined the lineup in Budapest for the “Nagy Futam” event, hosted in the Hungarian capital. The Swiss was part of a press conference and sat alongside other famous motorsport personalities, like Valtteri Bottas, who won the Russian Grand Prix one day earlier. Thereafter, the Audi DTM star got into an Audi RS 5 DTM and took to the closed-off streets to thrill the capacity crowd with burnouts and the sound of the car’s V8 engine. “It was a lot of fun to be here today. Meeting the fans, signing autographs and seeing their reaction to the race cars was really great,” said Müller. All of the focus now turns to the season opener at Hockenheim this coming weekend, from May 5 to 7. The first two races of the 2017 DTM season will also be the race debut of the new Audi RS 5 DTM.