Molina in motorsport spectacle at Budapest 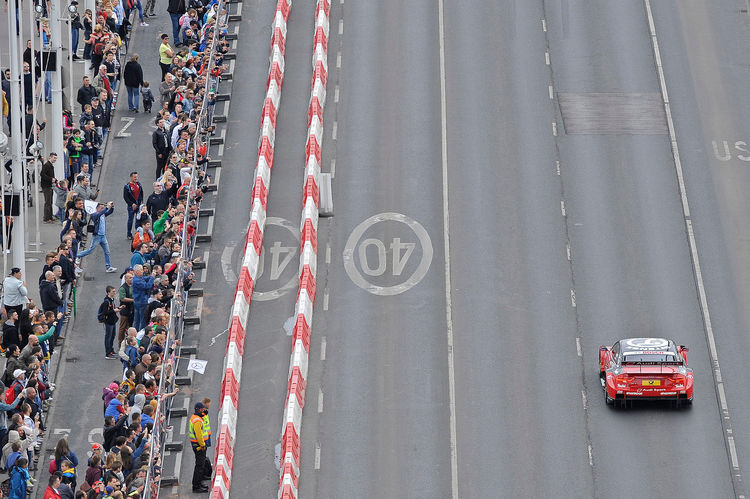 In the NAGY FUTAM 2016 (Great Race) at Budapest, Audi driver Miguel Molina presented himself to the Hungarian motorsport fans at close range. During some demo laps, the Spaniard gave an idea of the performance he is capable of delivering in his RS 5 DTM. Molina repeatedly gunned the 460-hp engine of his race car in the streets of the Hungarian capital and with lots of smoke and spinning tires tremendously thrilled the crowd. The large-scale event organized by the Hungaroring attracted hundreds of thousands of spectators to the Danube riverwalk. In September, the Audi factory driver will be returning to Budapest – in competitive conditions for the season’s penultimate DTM race.