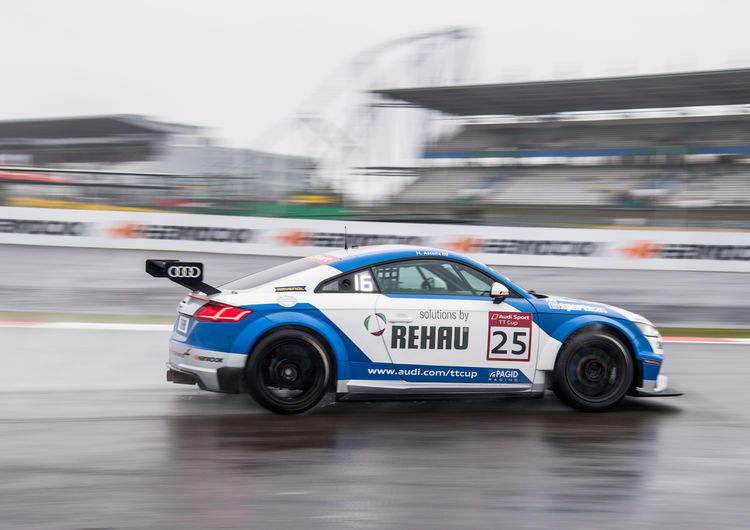 Mikel Azcona drove a totally assured session in the rain at Nürburgring. The Spaniard secured pole position for both races in qualifying for the fifth round of the Audi Sport TT Cup. “This is exactly my kind of weather, it went perfectly,” said the Spaniard, who now has the best qualifying record of the season after today’s performance. He has been unbeaten in qualifying five times. But for Azcona, who sits second on the table, it is not only his own position that counts: table-leader Philip Ellis from Great Britain could only manage seventh on the grid for both races. In the first race, the German Fabian Vettel will line-up from second, after Tommaso Mosca was moved back from second to fifth following a penalty. However, the Italian will start from second on Sunday. Marco Melandri also delivered an eye-catching performance. The Italian Motorcycle racer qualified third twice on the wet track. He is therefore the best-starting guest driver of the season so far. He will share the second row on the grid with Dutchman Milan Dontje both times.