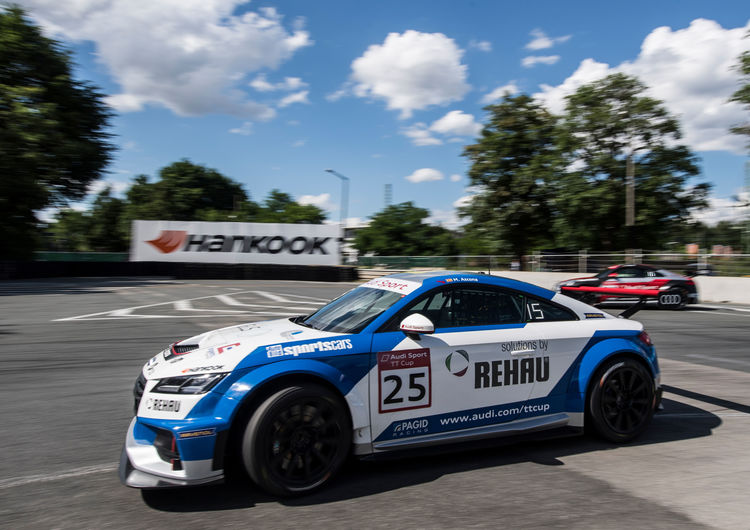 Mikel Azcona could not be topped in qualifying at the third Audi Sport TT Cup event at the Norisring. The Spaniard secured the best starting position for Saturday’s race with a 0.236-second advantage. He will share the front row with the British table leader Philip Ellis. The Swiss Yannik Brandt qualified as the best rookie with the third-best time, while Milan Dontje from the Netherlands completes the second row on the grid. Mikel Azcona will again start from the front in the race on Sunday. On the way to his third pole of the season, he was 0.290 seconds faster than Yannik Brandt. Philip Ellis and Fabian Vettel will share the second row on the grid, the latter securing his best qualifying result of the season so far. Ski-ace Linus Straßer, who is experiencing the Norisring weekend as a guest starter, will start from row eight on Saturday and from the ninth row on Sunday.