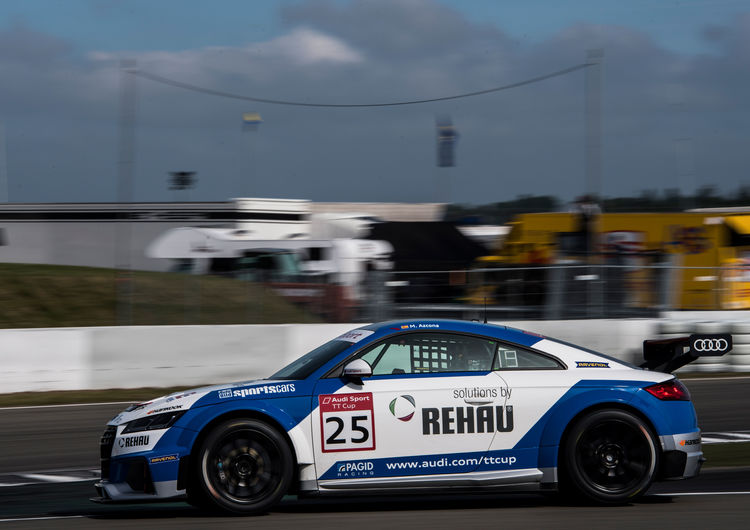 The qualifying for the third and fourth rounds of the Audi Sport TT Cup underlines the variety of the Audi one-make cup. The grids on the Nürburgring clearly differed from those of the season opener at Hockenheim. Mikel Azcona secured the best starting position for the first race in the Eifel. “We changed the setup from Hockenheim,” said the 20-year-old Spaniard. “The drivability feels a lot better and I really found a good rhythm.” For the race on Friday, he will share the front row with the South African Keagan Masters, followed by the Briton Philip Ellis and Australian Drew Ridge. Table leader Ellis was the fastest in qualifying for the race on Saturday. He topped Azcona by 57-thousandths of a second. Third on the grid goes to Drew Ridge, and behind him in fourth is Keagan Masters.