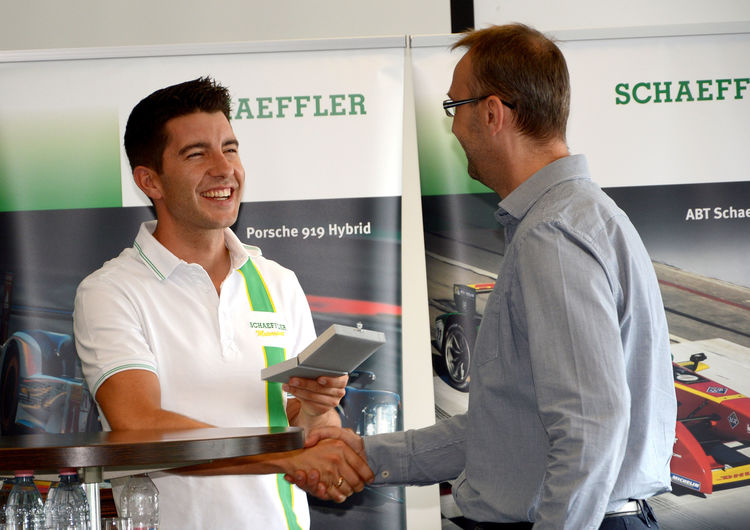 For Audi factory driver Mike Rockenfeller the race weekend in Hungary began with a special event. The Schaeffler brand ambassador visited the FAG site in Debrecen where he was given a plant tour. In addition, the DTM driver was presented with a special souvenir: the 200 millionth bearing produced at the Hungarian plant in September. Some 100 Schaeffler employees from Debrecen and Szombathely are supporting Rockenfeller during the DTM event at the Hungaroring.