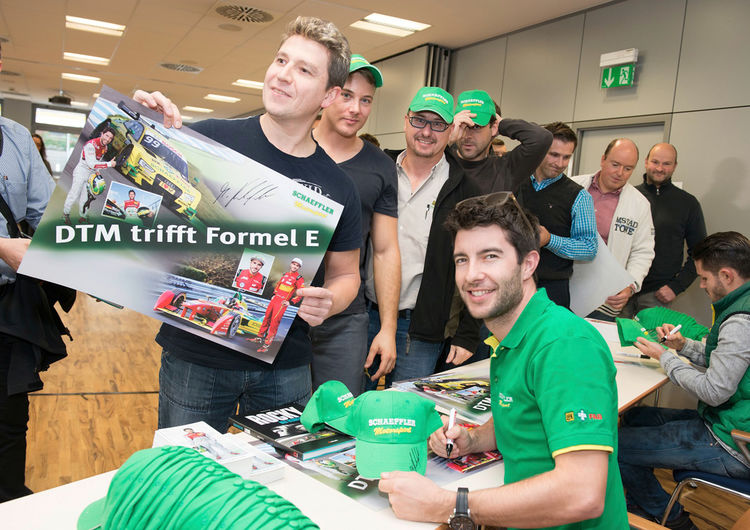 DTM driver Mike Rockenfeller visited the Schaeffler site in Bühl. The Audi factory driver, who was competed in the race series in the company’s colors since 2012, signed posters and hats for a good 200 employees and looked backed over the season passed in an interview. Also in attendance was Daniel Abt, who contests the Formula E electric racing series for Team ABT Schaeffler Audi Sport. Both racing drivers used the trip for a round of questions and answers on the Schaeffler Twitter account.