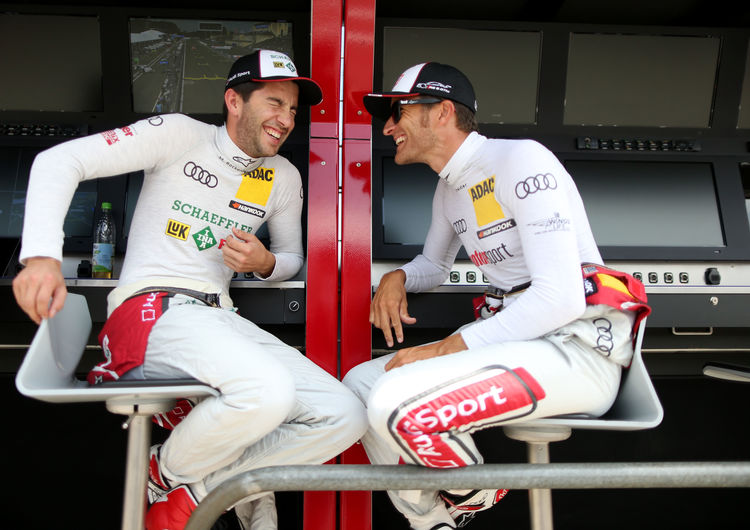 In the DTM’s second free practice session at the Norisring, Mike Rockenfeller was the best Audi driver on a wet track for Audi Sport Team Phoenix. The 2013 DTM Champion in the Schaeffler Audi RS 5 DTM set the second-best time of 55.087 seconds. His team-mate Timo Scheider in fourth place was only 78 thousandths slower. A third Audi driver – Jamie Green – achieved a result in the top five as well. The Briton from Audi Sport Team Rosberg required 55.252 seconds for his fastest lap on the city street circuit.

“In this weather, anything is possible,” Mike Rockenfeller said at the beginning of a changeable Saturday. “The car felt very good on a wet track. I’m hoping for it to stay like this in qualifying and the race. I think we’re headed in the right direction. The weather conditions are really difficult. Once I almost slid into Jamie Green’s car.”