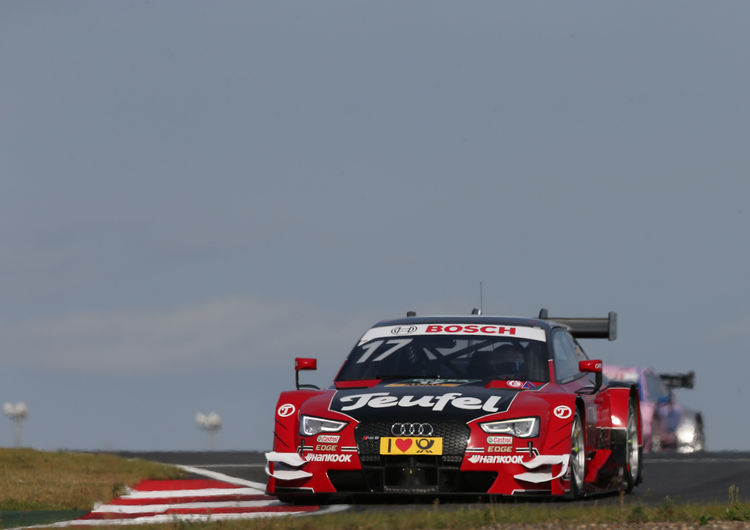 Rain showers obstructed the second free practice session at the DTM’s round in Russia. Miguel Molina in the Teufel Audi RS 5 DTM of Audi Sport Team Abt Sportsline in position two was the fastest Audi driver. In changeable conditions, the Spaniard was constantly one of the quickest at Moscow Raceway.

After rain had fallen at night, the second free practice session started on a wet track. About 20 minutes later, a dry line appeared that only made fast laps on slicks possible for a very short time before rain set in again.