Meeting of the Audi Sport TT Cup drivers at Barcelona 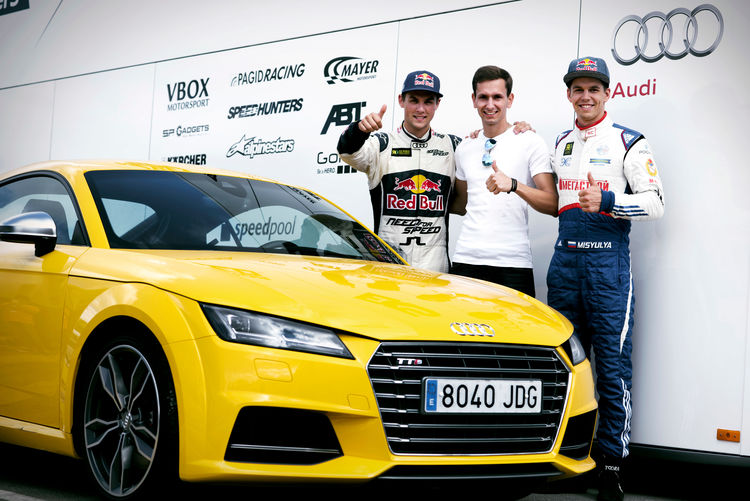 Anton Marklund (S), Christoph Hofbauer (D), Nikita Misyulya (RUS)
At round ten of the FIA World Rallycross Championship at Barcelona, three drivers from the Audi Sport TT Cup met up with each other. Christoph Hofbauer used his free weekend to visit his one-make cup rivals Anton Marklund and Nikita Misyulya at the Circuit de Barcelona-Catalunya. Besides contesting the Audi Sport TT Cup, both drivers are on the grid of the World Rallycross Championship as well. “It’s great to also get some insight into other motorsport series and there’s really a lot of action in rallycross,” Hofbauer said. Next weekend, the three young drivers will be climbing into the cockpits of their cup race cars again. On September 26 and 27, the fifth of six race weekends in the Audi Sport TT Cup will take place at the Nürburgring.
Facebook
Twitter
LinkedIn
WhatsApp
Back to top