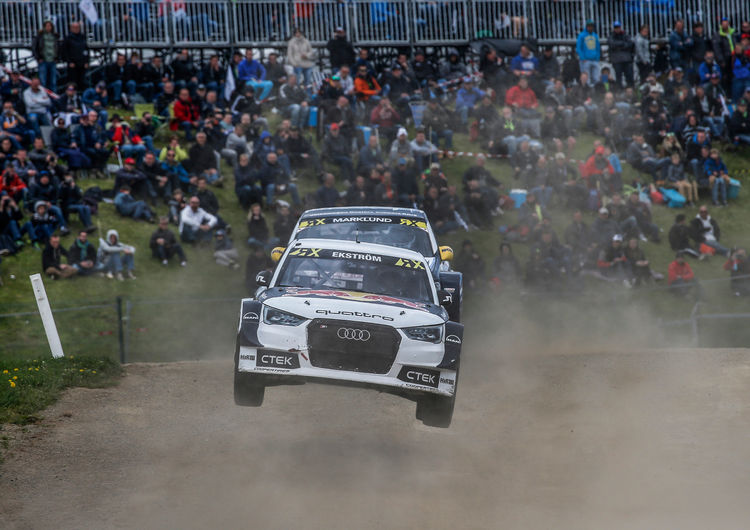 Mattias Ekström is the man of the hour in the FIA World Rallycross Championship: Just one week after the 1-2 victory of his team, EKS, at the DTM opener at Hockenheim, the Swedish Audi driver won the race at Mettet (Belgium). For the third time in a row, Ekström was “top qualifier” in his Audi S1 EKS RX quattro after the four qualification races. Following commanding wins in the semi-final and the final, the two-time DTM Champion is the sole leader of the World Championship for the first time in his rallycross career. His team, EKS, continues to lead the teams’ championship.