​Mattias Ekström on second row at the Norisring 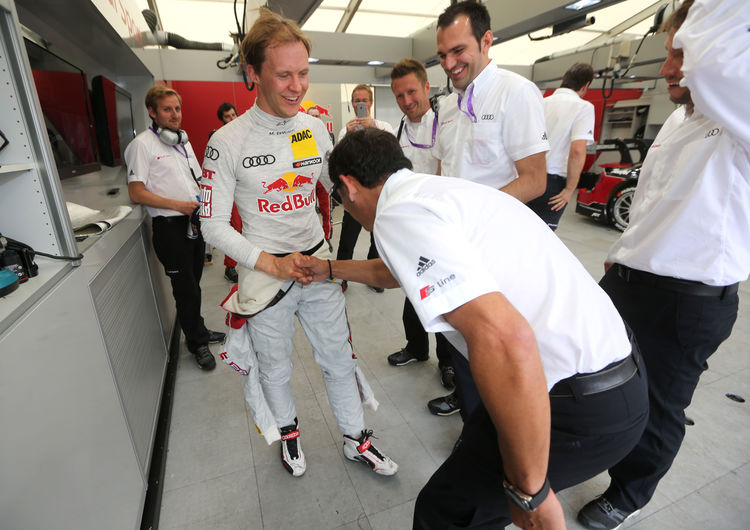 Mattias Ekström will be starting the sixth DTM race at the Nuremberg Norisring from fourth place as the best Audi driver. The Swede from Audi Sport Team Abt Sportsline in the Red Bull Audi RS 5 DTM was only 121 thousandths of a second short of the best time.

“Fourth place is great, I’m really happy,” said Ekström. “The car is good. After yesterday, this feels like a success, even though the race is still ahead. From the second row, almost anything is possible.”

Leader of the standings Jamie Green managed the leap into the top ten on the grid as well, in spite of the high performance weight of more than 30 kilograms of ballast. The Briton from Audi Sport Team Rosberg set the seventh-best time of 48.445 seconds. The entire field is separated by only 62 hundredths of a second. At 15.18 race two will start at the Norisring, with live coverage on ‘Das Erste” beginning at 15.00 (CEST).