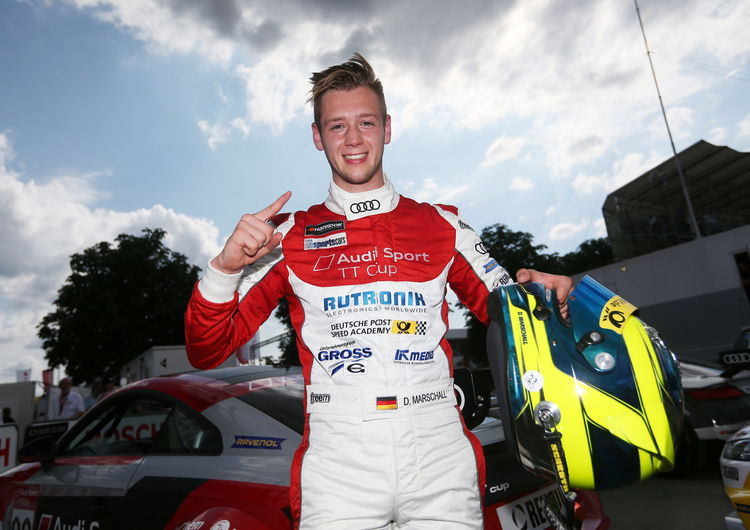 In the home round of the Audi Sport TT Cup at the Norisring, Dennis Marschall decided the turbulent first race in his favor. On the city street circuit in Nuremberg, the young German who had started from pole position kept a cool head throughout the race in temperatures of some 30 degrees centigrade and clinched success in commanding style. Trailing Marschall, WEC driver Lucas di Grassi won the guest entrants’ classification. Joonas Lappalainen from Finland and the South African Sheldon van der Linde took positions two and three in the classification race. On scoring his second victory this season, Marschall took the overall lead in the Audi Sport TT Cup as well. Last year’s third-place finisher, with 106 points, has a one-point advantage over rookie van der Linde. The second race at the Norisring will be held on Sunday at 15:00 CEST.