Many kilometers during the last test before the winter break 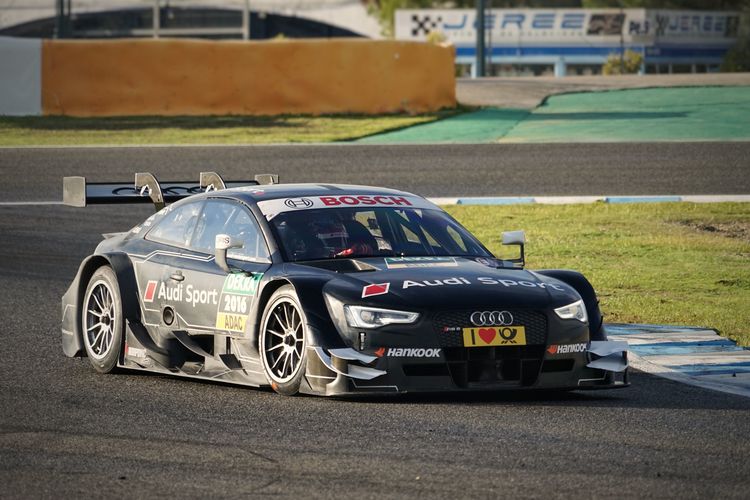 Mattias Ekström and Jamie Green completed a total of 2,010 test kilometers for the 2017 DTM season in a prototype of the Audi RS 5 DTM during the testing from Tuesday to Friday at Jerez in Spain, collecting further experience with the new Hankook tires and the modified chassis. The testing program was affected by rainy weather towards the end of the four-day test. For Loïc Duval, the changing conditions were an advantage: The World Endurance champion and Le Mans winner got to know the 2016 Audi RS 5 DTM during his first test with dry, wet and also mixed track conditions and collected many impressions. As part of the Young Driver Test, youngsters Nyck de Vries, Kelvin van der Linde and Dion von Moltke were also given the opportunity by Audi Sport to test the Audi RS 5 DTM. Duval and the three youngsters drove a total of 2,387 kilometers at Jerez. The DTM testing at Jerez was the last opportunity before the winter break. The next test is scheduled for mid-February. The new DTM season starts on May 6–7 at Hockenheim.