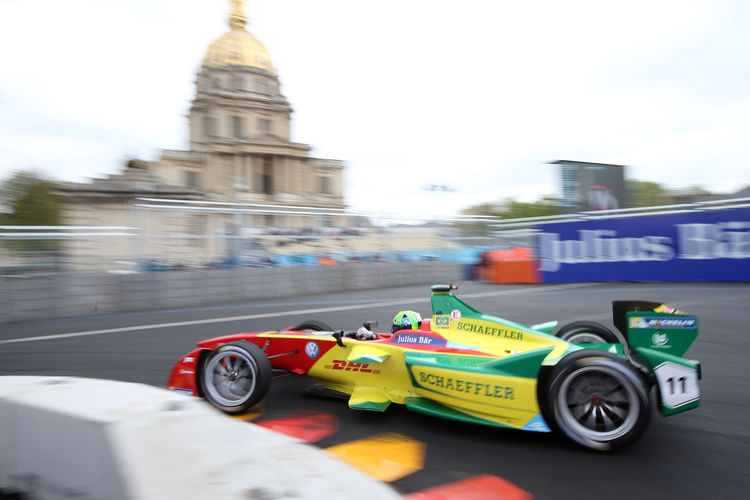 Lucas di Grassi did not just inspire the fans as Formula E made its debut, but also extended his championship lead. The Audi factory driver started the race from second on the grid, took the lead at the first corner before controlling the seventh race of the season in convincing style. Di Grassi competes in the electric racing series for the ABT Schaeffler Audi Sport squad and now sits atop the overall rankings when the German team heads to its home in Berlin on May 21st.