Lucas di Grassi on the podium in Argentina as well 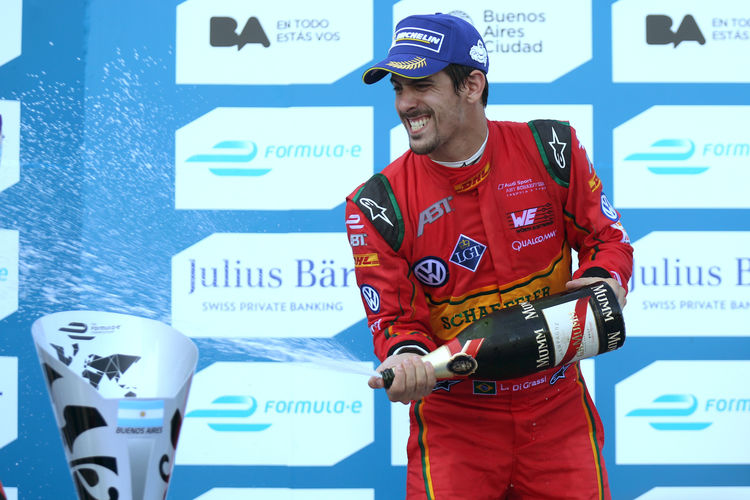 Lucas di Grassi, FIA Formula E, Buenos Aires
Audi factory driver Lucas di Grassi continued his run of fine form in the Formula E race in Buenos Aires: the Brazilian took third place and as a result is the only driver in the international field to finish on the podium at all four races so far this season. Lucas di Grassi, who competes for ABT Schaeffler Audi Sport in the electric racing series, started from seventh on the grid and fought his way towards the front in temperatures exceeding 30 degrees Celsius. Before Formula E visits Mexico for its next event on March 12, he lies second only four points behind the championship leader.
Facebook
Twitter
LinkedIn
WhatsApp
Back to top