Lucas di Grassi mounts the podium in Uruguay as well 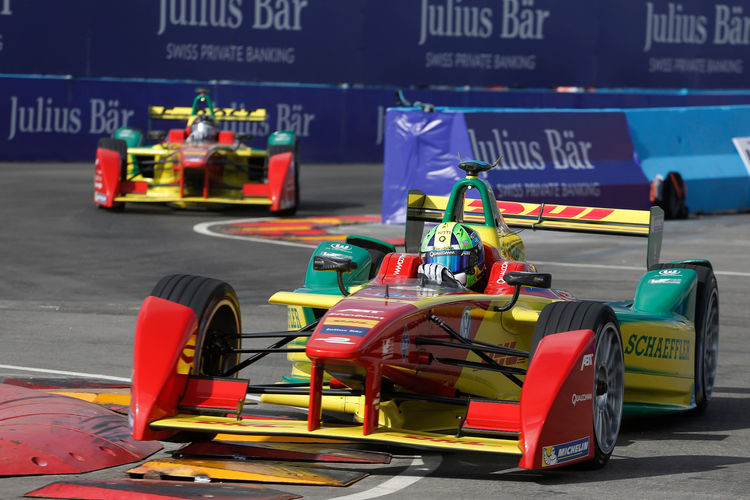 Lucas di Grassi continued his successful streak in Formula E: the Audi factory driver, who competes for Team ABT Schaeffler Audi Sport in the electric racing series, claimed second place in the first South American event of the new season in Punta del Este. The Brazilian started from fourth on the grid, overtook a rival in the early stages and then made up two more places after making a perfect pit stop. di Grassi now sits second in the overall standings only one point off the lead. The next race is held on February 6 in Buenos Aires (Argentina).