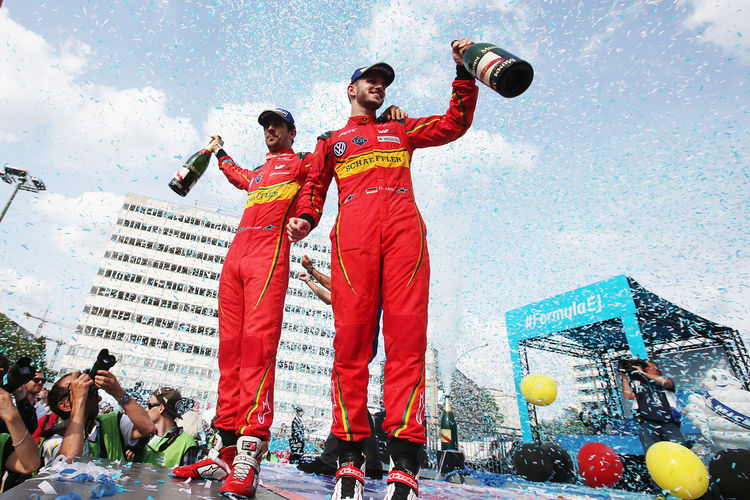 Lucas di Grassi maintained his Formula E championship lead with third place in his ABT Schaeffler Audi Sport team’s home race in Berlin. Before the final two race in the electric racing series, which are held in London on July 2-3, the Audi factory driver sits one point ahead of Sébastien Buemi. di Grassi celebrated together with his team mate Daniel Abt on the podium in the heat of the German capital. The youngster scored the best result to date in his Formula E career after finishing second.