Leena Gade for FIA Women in Motorsport Commission in Wales 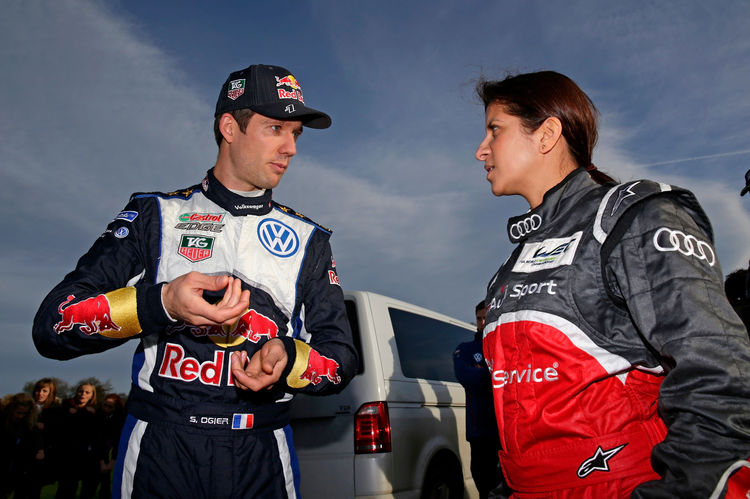 Leena Gade entered unusual territory in Wales. The Audi Sport race engineer for the number ‘7’ Audi R18 e-tron quattro in the FIA World Endurance Championship (WEC) visited the finale of the World Rally Championship in Great Britain. As a commission member, Gade, alongside Michèle Mouton, the president of the FIA Women in Motorsport Commission, is active in promoting women in motorsport. At the WRC finale, she familiarized herself with the activities of women in rallying. Prior to the start of the rally, the Briton climbed into the Volkswagen Polo R WRC alongside World Rally Champion Sébastien Ogier. “It’s absolutely impressive to see what’s possible with these cars,” Leena Gade said after a short ride on a blocked off gravel track. Gade, as an engineer for Audi, won the Le Mans 24 Hours three times and the FIA World Endurance Championship (WEC) once between 2011 and 2014. Michèle Mouton was the 1982 World Rally Championship runner-up in the Audi quattro.