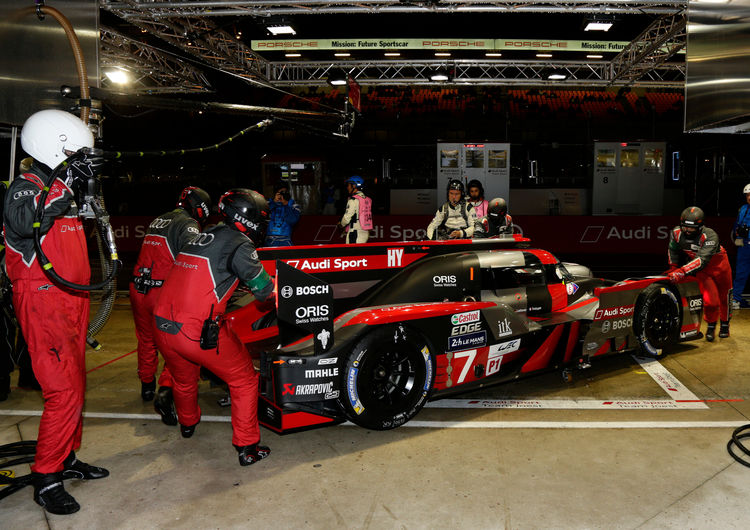 At the 24-hour race in Le Mans, both of the Audi R18 cars had to complete unscheduled pit stops shortly before 11 o’clock in the evening. The race number lighting system, which is mandated by the regulations, was not working on both cars.

The #8 Audi R18 lost just under three minutes during the pit stop and is running one lap down after eight hours of racing. The seventh placed #7 Audi R18 has a seven lap deficit to the race leader.

Audi Sport Team Joest also utilized the time during the repair to change drivers: Loïc Duval took over the #8 and Benoît Tréluyer in the #7.