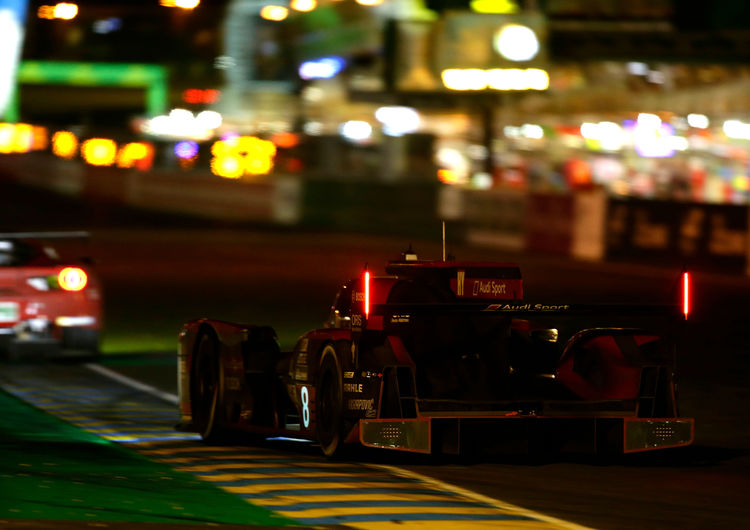 For the first time since the middle of the second hour of the race, both Audi R18 cars are again running within the top 5. André Lotterer improved by one position and handed the car over to Benoît Tréluyer on the 211th lap. Except for one small slip on the from straight, the Frenchman enjoyed a problem free stint and was at times the fastest driver on the circuit.