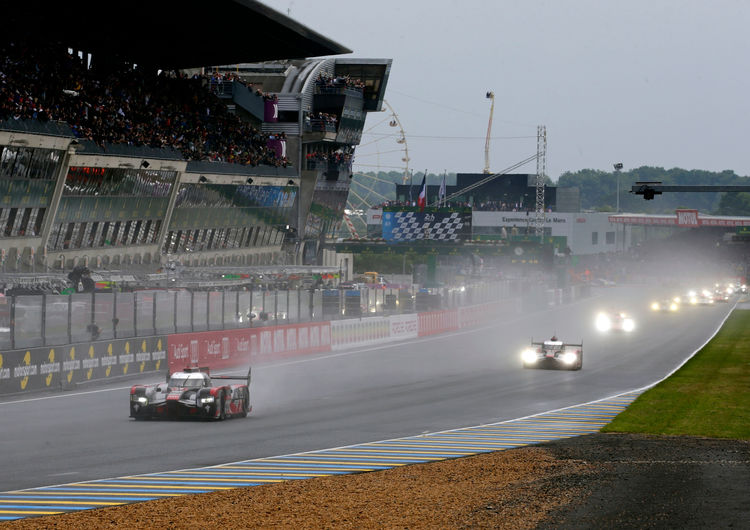 Due to heavy rain, the 84th running of the Le Mans 24 Hours started behind the safety cars – for the first time in the history of the race. Because of water on the track and extremely poor visibility race control only released the race after 52 minutes. On the first two flying laps, André Lotterer and Loïc Duval improved to positions four and five.