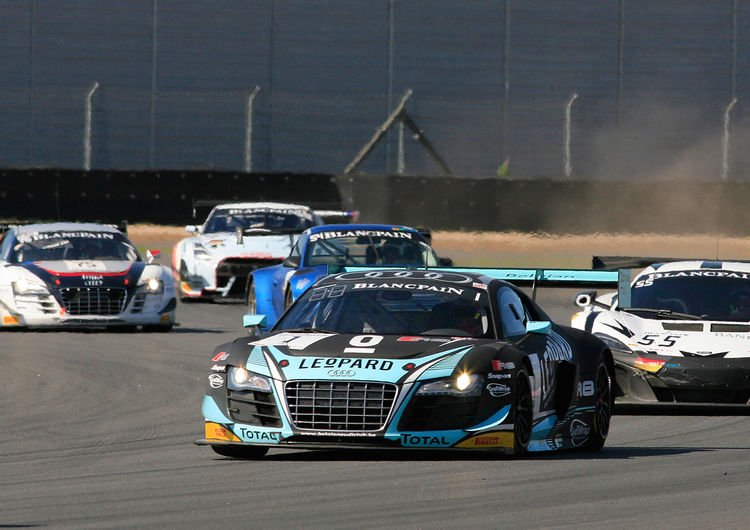 Winning streak over, but championship lead intact: thanks to an impressive comeback drive, Laurens Vanthoor and Robin Frijns still top the Blancpain Sprint Series standings after the fourth round of the season. After two consecutive victories, the Belgian-Dutch duo from Belgian Audi Club Team WRT had to settle for fifth place in the race at Moscow Raceway. Because of puncture in the qualifying race, Vanthoor/Frijns only started the one-hour race from 16th on the grid. Their teammates Stéphane Richelmi and Stéphane Ortelli finished fourth in the best-placed Audi R8 LMS ultra. An Audi R8 LMS ultra fielded by Phoenix Racing held second place for many laps. However, a drive through penalty, which Markus Winkelhock completed five minutes before the end of the race, threw him back in sixth place.