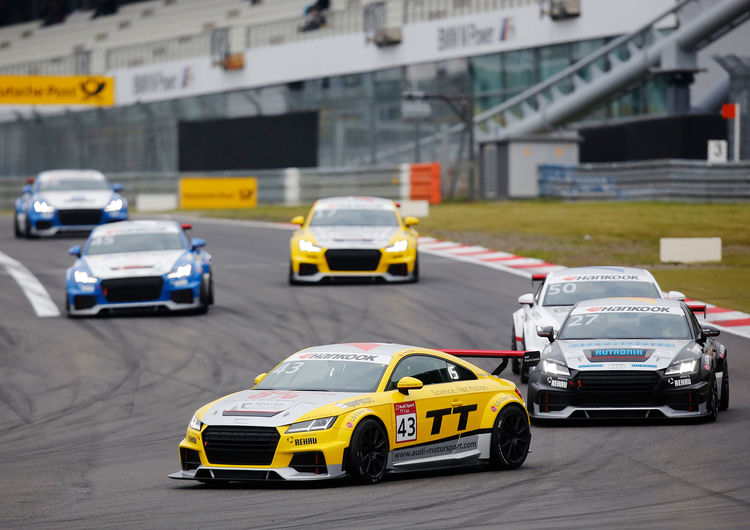 Jan Kisiel (PL) has secured his fourth victory of the season in race one of the Audi Sport TT Cup at the Nürburgring. The overall leader from Warsaw had started the race from position two and won in front of Dennis Marschall (D) and Emil Lindholm (FIN). However, the joy of clinching his third victory in succession was subdued. Following an accident on lap eight, the race was stopped and not restarted. Kisiel extended his advantage in the drivers’ standings and before race two on Sunday (16.25) is leading with 174 points ahead of Nicolaj Møller Madsen (DK, 156 points) and Marschall (142.5).